The site is secure.
The https:// ensures that you are connecting to the official website and that any information you provide is encrypted and transmitted securely.

What is the difference between a GenBank (GCA) and RefSeq (GCF) genome assembly?

A GenBank (GCA) genome assembly contains assembled genome sequences submitted by investigators or sequencing centers to GenBank or another member of the International Nucleotide Sequence Database Collaboration (INSDC). The GenBank (GCA) assembly is an archival record that is owned by the submitter. In some cases NCBI identifies potential contaminants in a GenBank assembly after it has been publicly released and contacts the submitter to request permission to remove the contaminating sequences. GenBank (GCA) assemblies may include user-submitted or NCBI-generated annotation. User-submitted annotation can include annotation generated using NCBI’s Prokaryotic Genome Annotation Pipeline (PGAP). PGAP annotation can be requested by the submitter during submission of the genome to GenBank or can be generated using the PGAP standalone software package. 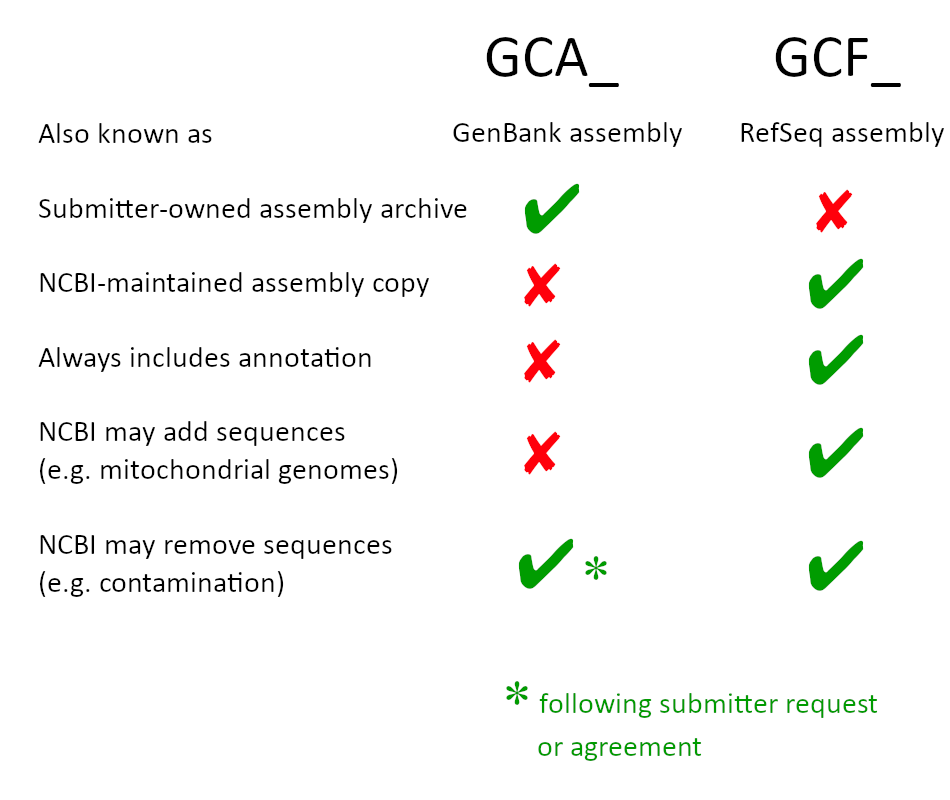